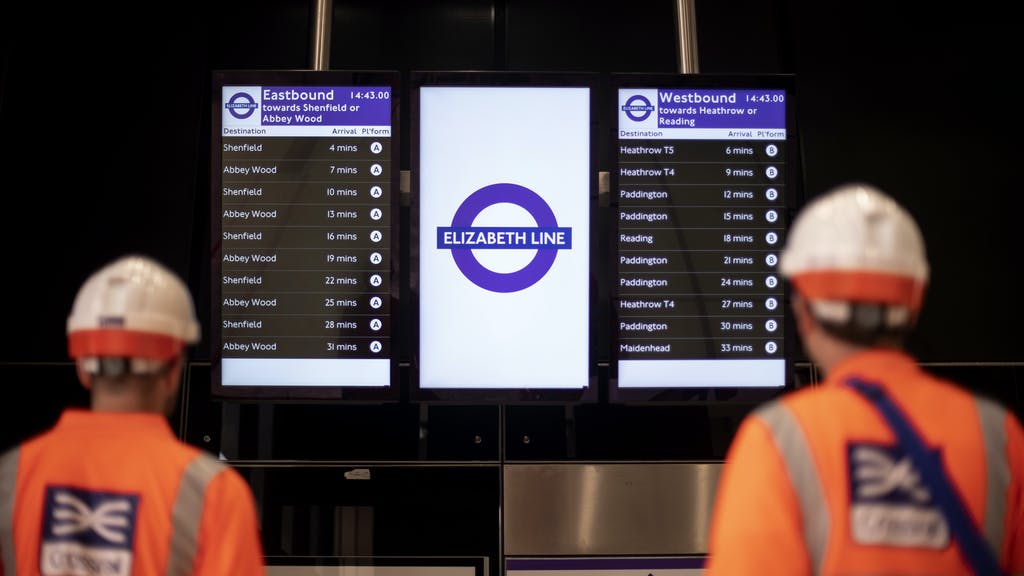 The Cabinet minister said he is “committed to getting Crossrail delivered”.

Writing on Twitter, he described the loan as “a fair deal for taxpayers across the UK”.

The money will “get the project up and running, and ensuring we continue to #BuildBackBetter across the whole country”, Mr Shapps added.

The railway – which will run between Berkshire and Essex via central London – was due to open in December 2018, and its budget was set at £15.9 billion in 2007.

But it has been hit by a series of delays and cost increases.

An update from Crossrail Ltd at the end of August said the opening of the railway, which will be called the Elizabeth line, was now not expected until the first half of 2022.

Transport for London (TfL) and the Government had previously agreed a funding package totalling £17.8 billion.

Mayor of London Sadiq Khan said: “Securing this financing package enables us to press full steam ahead with getting the central section of the Elizabeth line open as soon as possible.

“The Government have insisted London must pay the shortfall – despite the overwhelming majority of the tax income that will result from Crossrail going to the Treasury.

“This is another example of London supporting the country way over and above the help we get from this Government.

“I do not want this project to be stalled so it is vital that we dig deep to get the railway up and running. I will continue to monitor progress closely and do everything I can to minimise costs – helping ensure London and beyond can enjoy its many benefits sooner rather than later.”

The project has suffered from problems in a number of areas, including construction work and signalling systems.

Andy Byford, London’s transport commissioner, said: “I have been very clear that it is my priority to get the railway open as soon as possible and all those working on the Crossrail project are focused on that too.

“Confirming this financing is an essential step in ensuring the team can fully concentrate on safely delivering the Elizabeth line, which is so vital for boosting rail capacity and supporting the economy.”

“Good progress continues to be made with completing the remaining infrastructure works so that we begin intensive operational testing, known as trial running, at the earliest opportunity in 2021.

“Many of the stations are now nearing completion and we will shortly commence an enabling phase for trial running which allows testing in the tunnels to be undertaken with an increased number of trains, further helping to build operational reliability.

“We are doing everything possible to deliver the Elizabeth line as safely and quickly as we can.”