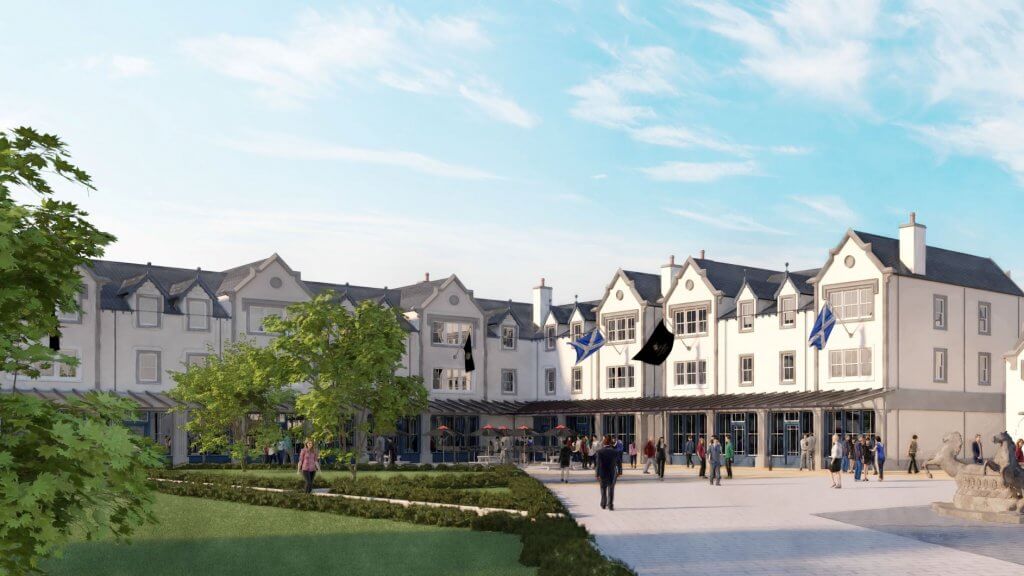 The Trump organisation’s application was passed by 38 out of 62 Aberdeenshire councillors.

Images have been released of an estate being built by the Trump Organisation in Aberdeenshire.

The developer has been given the green light to construct the homes plus retail and leisure facilities at Menie Estate, home of Trump International Golf Links, which is owned by the US president.

Its application was passed by 38 out of 62 councillors who voted at a meeting in Aberdeen on Thursday.

Approval came despite criticism that the scheme deviated from the original plans for the site, which included a 450-bedroom hotel as part of the first phase of the luxury golf resort.

The hotel has not been built, with current tourist accommodation limited to 21 rooms at MacLeod House and an accompanying lodge.

Of the 550 houses agreed, 50 are designated holiday units and 500 a mixture of private residences, rental properties and holiday homes.

Sarah Malone, executive vice president of Trump International Scotland, said: “This is a unique development on an incredible stretch of land, spanning the spectacular north-east coastline.

“We have been overwhelmed by the support this project has received and greatly look forward to taking this important next phase of development forward.

Almost 500 people have registered interest in the first 82 homes to be built at the Trump Estate since Thursday.

The developer has announced an open day on Thursday to allow members of the public to view full details of the development.

It has also released images of the proposed community facilities, shops, restaurants and town hall which will form part of the £150 million project.