Seven Potential Shocks For Project Managers In A Disrupted Future 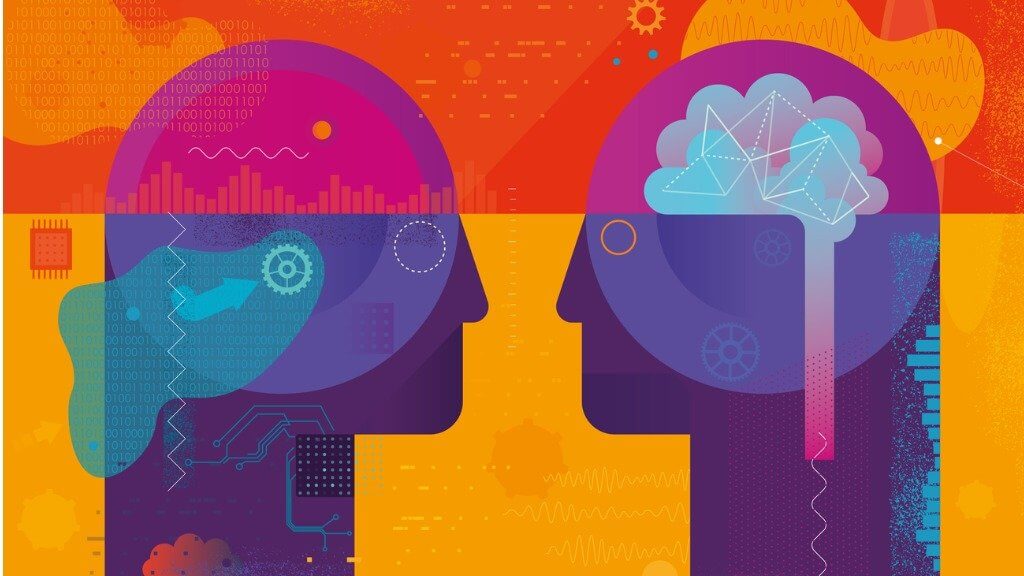 Some say this near immunity to large scale shocks started with the UK’s decision to leave the European Union, Donald Trump as US President, and the revelations about fake news on social media influencing voters and elections around the world.

More recently we’ve seen near daily announcements of the mind-blowing capabilities of artificial intelligence, wild fluctuations in the price of the digital currency Bitcoin, and the 30,000 per cent price increases on some initial coin offerings. Shocks have become something we accept as part of the mix in the modern world and – in a sense – nothing really shocks us anymore.

However, preparing for shocks is important for individuals, society, governments and businesses and within business particularly for project management. Project management is about managing and introducing change. Yet to be effective in the long run project managers need to be aware of the wider changes or shocks to the system that are taking place and which may affect their industry sector and the people who are working within it.

Shocks can be identified through a systematic review or ‘horizon scan’ of the trends, forces, developments, ideas, and weak signals of possible future changes. Indeed, this is core part of the work that we as futurists do. We study and share these to help people make sense of the emerging future and the possible scenarios that could play out.

In our forthcoming book 500 Futures, we introduce a range of these future factors and potential disruptions which could shape the next decade and beyond. We’d like to share extract from the book and share seven possible shocks that are important background for project management.

We believe they could have a truly transformative impact on life, society, government, the economy, and business and provide a dynamic context that will impact different industry projects at different times.

Brexit Brings Down the Global Economy?

A badly managed and chaotic Brexit could drive a prolonged global recession. As the exit date draws closer, the UK government could come to a near complete standstill, with most civil servants becomes focused on extracting Britain from the European Union (EU) and putting in place the mechanisms to provide the activities formerly undertaken by the EU.

The immense costs of withdrawal, implementing new systems in areas such as customs, and of recruiting new staff into government could lead to cuts in public services and welfare payments.

Foreign companies may opt to move key operations out of the UK to ensure continuity of access to European markets. The pace of automation may accelerate as firms seek to reduce their risks by cutting staff costs and replacing humans with machines.

The prospects of an uncertain transition period and protracted post-transition rebalancing of the UK economy could spook markets, driving down share prices and the value of the pound.

Collectively, these measures could lead to massive job cuts in both the public and private sectors, declining spending, higher import costs, and a significant reduction in government tax revenues.

The UK economy could nosedive into a prolonged recession that lasts several years with a contagion effect that sweeps across the planet and drives a global downturn.

As the pace of development accelerates in artificial intelligence (AI) and other disruptive technologies such as blockchain, we may see a technological backlash as those affected rage against the machine. Technologies such as AI and robotics are already beginning to replace humans in significant numbers and will undoubtedly continue to do so.

The hope is that new industries and the reskilling of the workforce will mean that eventually even more jobs will be created. However, there could be a significant time lag between redundancy, retraining, and the rise of the new opportunities.

At present, it seems unlikely that any government will have a guaranteed basic income scheme ready in time to help those affected to feed, house, and clothe themselves and their dependents.

During that period, global social unrest could rise, and be whipped into a frenzied, and social media fuelled, rage against the machines and their owners. The implications could be severe to say the least for governments, financial institutions, technology companies, investors, the wealthy, and anyone else seen to be part of the problem.

The days of taking a drive into busy city centers could be numbered. With the transition from petrol and diesel cars to electric, the precedent was set to accept new technologies in personal transport.

Electric cars sought to keep people safe from polluting petrol and diesel engines, and the promise of autonomous cars is to eliminate human error; the major cause of road traffic accidents and the resulting injuries and deaths.

With the development of artificial intelligence in vehicles and the connectivity with traffic signals, city authorities might begin to ban manually driven cars from city centers, almost totally eliminating accidents.

Farming – No Place for Mere Humans?

Within a decade, low cost automation solutions could mean that farms of almost any scale could choose to be fully ‘human free’, operating within a web of real-time, constant monitoring from thousands of sensors.

Soil sensors would trigger automated fertilizing or watering, while aerial drones could scan for and scare away natural pests like foxes and deer.

Ground level sensors could also monitor weed, insect, and fungus levels and chemically analyze produce, to schedule the perfect time for driverless harvesters to roll out.

Finally drones and robots could undertake home delivery, with domestic bots then preparing and serving the food. From farm to table, the produce of tomorrow might not touch the hands of a single human until the moment it is eaten by the end consumer.

A More Caring Society Courtesy of the Empathy Internet?

By 2025, the internet could evolve into a multi-sensory environment which helps bring about a shift in our behaviours because we can literally feel the impact of our words and actions on other people.

Futurist Michio Kaku predicts that by 2025 “we will see the gradual transition from an Internet to a brain-net, in which thoughts, emotions, feelings, and memories might be transmitted instantly across the planet…historians and writers will be able to record events not just digitally, but also emotionally as well.

Perhaps even tensions between people will diminish, as people begin to feel and experience the pain of others.” If this were to occur, it could provide the jolt of empathy needed for the human species to elect for cooperative survival. This may be a life-saving shock for the planet.

With rapidly rising rates of retail closures around the world, they could be replaced by technology rich experience centers offering the promise of plugging in, zoning out of daily life, and tuning in to a range of other worldly experiences.

A new type of leisure agent could start appearing in shopping districts and malls around the world. Where once travel agents provided their clients with a one stop holiday shop, they could in increasingly be joined, and even replaced, by experience agents.

Equipped with a range of immersive, multi-sensory technologies such as augmented and virtual reality, customers would experience the heat, humidity, rain, and sounds of the Amazonian rain forest. For a drier experience, why not try the intense heat, blinding sun, and shifting sands of the Sahara Desert.

For those seeking otherworldly experiences, why not select the haunting sounds of wind passing across the Elysium Planitia in the near vacuum of the Martian atmosphere. Building on the trend of experience gifting from the noughties, the popularity of this new retail phenomenon could grow exponentially.

Death of the Screen and the Spoken Word

A decade from now, our children may not speak to us at all. Computers, smartphones, and tablets might be replaced by the projection of data and images directly onto our eyes.

Virtual reality projections might be overlaid onto our eyeballs to influence and enrich our experience when interacting with the world.

When coupled with thought transfer via our headsets, we might never need to speak to another human again. We could interact silently with a friend´s avatar instead of having to type the text on a screen.

Mixed reality could become our daily experience of life. Those living in this mixed reality existence might choose not to interact with humans that don’t use eyeball projection and thought transfer and still require us to make the effort to speak.

In conclusion:  with no such thing as ‘normal’ we must assume that large scale shocks will continue to come our way and will impact every project we work on at some stage. Engage with the big picture as it impacts your business sector, your business and your current project. 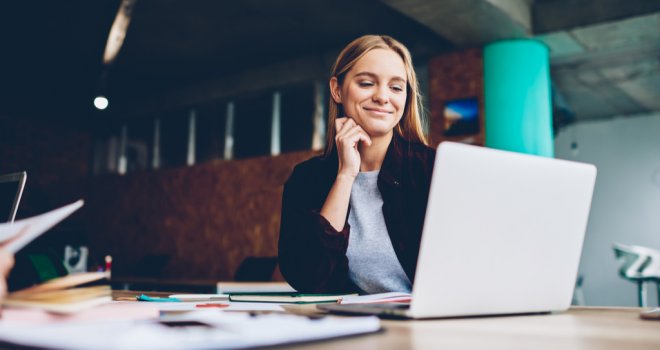 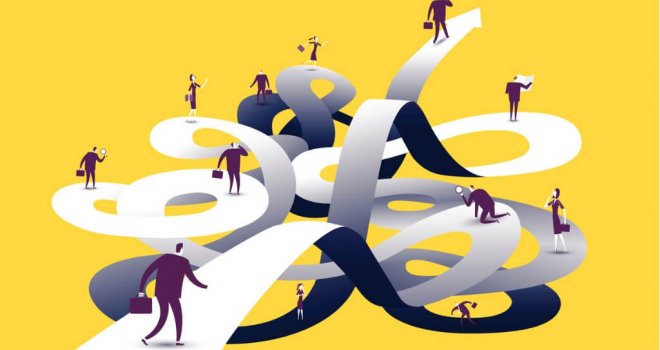 Despite the increasing investment in project management capability, many projects still fail to meet their objectives.