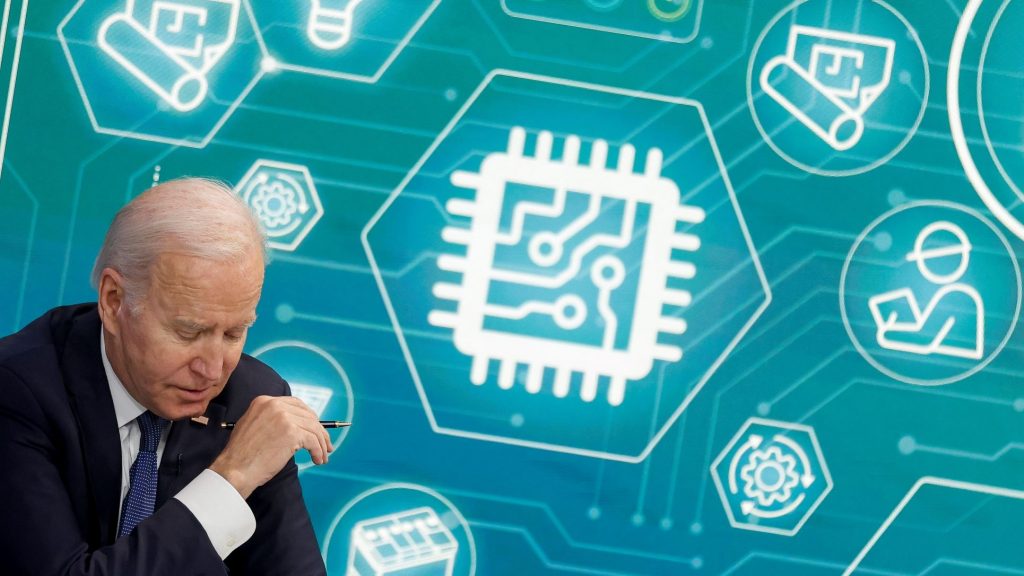 The United States and European Union will announce a joint effort to avert a “subsidy race” as they scramble to boost production of scarce semiconductor chips, a senior Biden administration official said.

The move will be unveiled at the second meeting of the U.S.-EU Trade and Technology Council (TTC), taking place on Sunday and Monday in Paris.

“You’ll see us announce… a transatlantic approach to semiconductor investments aimed at ensuring security of supply,” a senior administration official told reporters in a call Friday previewing the meeting.

Both Washington and Brussels want to encourage chip investment, and to “do so in a coordinated fashion and don’t simply encourage a subsidy race,” the official added.

A persistent industry-wide shortage of chips has disrupted production in the automotive and electronics industries, forcing some firms to scale back production. But U.S. legislation that would grant chipmakers $52 billion in funding to expand output has been stuck in Congress.

The official said an early warning system to pinpoint and address semiconductor supply chain disruptions would also be announced as part of the meeting, which will be headlined by Secretary of State Antony Blinken, Commerce Department Secretary Gina Raimondo, and U.S. Trade Representative Katherine Tai.

The Council will also announce a new cooperation scheme which the official said was intended to combat disinformation online, such as false Russian claims related to its invasion of Ukraine. Moscow calls its actions in Ukraine a “special military operation.”